Happy New Year y’all! The Remy’s have enjoyed a successful start to the decade! We’ve just returned from a FABULOUS trip to Virginia to visit Chase since he couldn’t come home. WHAT A TIME! The entire family together visited the Smithsonian…the ENTIRE THING. Whew, it’s big! Very high on Grant’s list of “to do’s” in DC was the National Archives. He really wanted to see, in person, the Constitution and the Declaration of Independence, so we worked it in.  He’s our history buff so we made sure it happened….and he’s a “National Treasure” fan – ha! Alex’s “want” was the narwhal exhibit. Literally. “Narwhal: Revealing an Arctic 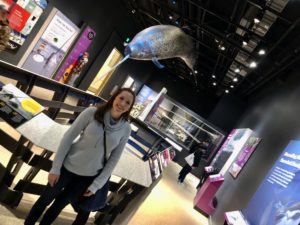 Legend” is one of the main exhibits right now. I can’t make this stuff up. Sis is a big “Buddy” fan! Chase – well, his “want” was NO LINE. He never went because the line was always too long. We always bug him about not taking advantage of what’s available around him (except hunting, he does a GREAT job of that) while his stationed at Quantico. My goal for the Smithsonian was on MOMMY-TIME. Get there early. Crack the whip. Organize the “family moving out”…see, I can be a drill sergeant too! We were 2nd in line. Yes….Chase, there was NO LINE!

I’m super glad my family can swim because we had to “swim” in the deluge that happened while we were walking from the Washington Monument (taller than I remembered) to the Lincoln Memorial and World War II Memorials…we weren’t leaving without seeing them. We were soaked. Soaked to the point where we were peeling off top layers while standing on Congress Ave. At least it wasn’t cold…only 50ish. 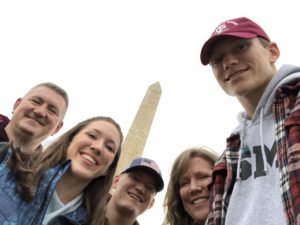 These sights all looked different to me as an adult. Bigger. More profound. Maybe it’s just that I have a better understanding of how our government works, or Chase’ being a USMC or how our freedom REALLY offers us a great place to live. The Fathers of our great Country were really smart and had a vision. We need to make sure that we don’t mess it up. Chase was on his way to meet us when the news alerts of Iran’s Major General, Soleimani’s death dropped in. We were sitting in the hotel lobby, watching the news coverage and caught Chase up upon his arrival. We just felt “closer” to the chaos since we were right outside of Quantico and Washington DC. It was a weird feeling and I didn’t like it one bit.

While moving around the DMV area, it felt natural to watch the skies for a few reasons, both of which were thought provoking.

One. Chase’s buddies were going to try to work in a fly-over while were in DC visiting the our Country’s monuments. Needless to say, those plans changed on Thursday and Friday. They fly training runs in and around the area often, so if you are ever in the area OR on “The 95”, keep your eyes open to the skies for things OTHER than for the purposes of “speed limit enforcement by aircraft.” My family is thoroughly entertained with that thought. Is it a plane? Is it a helicopter. Is it REALLY a drone? At this time, we just don’t know.

Two. Soleimain’s death. Would there be a retaliation State-side? You have to wonder….are we ready? Where we were visiting and moving around is right in the flight path of Reagan National and Dulles International. Every time planes took off towards the Capitol and Monument area I looked up as if to make sure those aircraft banked south. It was just a weird feeling, and I didn’t like it. Was it just because we were so close to Washington DC? Was it because Chase’s works and lives so close to such a “target”? Maybe. But we take advantage of our freedoms every day and I was appreciative of those watching and directing those commercial planes. I would imagine most just walk around and don’t even consider it for one second. And so many, IMO, take advantage of it.

Regardless of political party affiliation, if you live in the United States of America, you enjoy freedoms that other folks only dream of. Think of how your day would change if the government just shut down all phone towers and internet usage? How would it really change? News? Can’t find (or for some of my friends, track) your family? Can’t continue working without internet connectivity? Can’t call your parents?

What would change the most for you? Seriously? 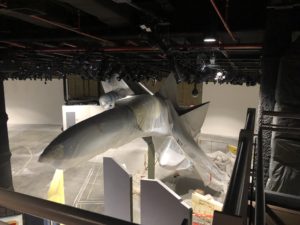 SQUIRREL. Back to the trip. We had a fabulous time. The National Museum of the Marine Corps (click the link, it’s a video) just outside of Quantico’s base. It is REALLY amazing. Chase and I spent some time in it back in April 2019, but this time we spent hours. It’s really an amazing museum and not just because Chase is a Marine. Learning of how the Marines became what they are today, in a historical perspective. There were “aha” moments when I put dates together, sort of reminiscent of when I was homeschooling the kids. Learning how the Marines have participated in protecting and bolstering the other armed forces, was absolutely fascinating to me. The museum is about to open another 126K square feet of space dedicated to the wars of my time, the Gulf Wars and Afghanistan Wars. These wars are already represented but mostly by “time” placards on the walls. It’s still amazing, however it will be that much MORE amazing once it’s finished. The first F-18 that was scrambled in the Tower Attacks on American on 9-11-2001, is already in the new area but covered. There will be a tank from the Afghan War. Very real feelings were evoked when I saw these displays. Again, if you are in the area, this museum is FREE and a TREAT. It is probably 30-45 minutes out of DC (with little to no traffic on “The 95). 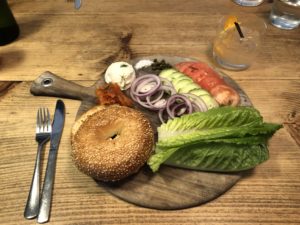 Remy food fare while traveling is always interesting. We are HUGE Diners-Drive Ins-Dives fans, so we try to visit at least one when we venture out. This trip we visited the Carving Room in Washington DC. We had some amazing food – try the “fried cigars” as an appetizer. We could have pounded 3-4 orders of it! Everything was fresh and locally sourced per our super cute waitress. I’m not a food blogger by any means, but I was inspired to take a pic of my lunch….so good. The grapefruit margarita – sort of brunchish – was very good as well. Everyone’s food was amazing. The great IPA list was enjoyed by the boys. It was a treat to be able to eat whatever and not have to worry about what sporting event was next and whether or not it would “sit well” with the kids during competition seasons.

It was a such a treat to have the entire family together on this one. It’s been a long time since we’ve all traveled together to do something that was not an Aggie game, a baseball tournament or a swim meet. And the rain….even worke 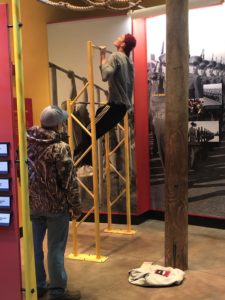 d its way in to make the trip a “water related” event – ha! We have a running joke, that’s not really a joke, that all of our family outings involve water. For the most part, they actually do. We closed the Marine Museum near Quantico and our hotel, because we needed to catch and a flight and Chase was heading out on a trip the next morning and needed to get “uniform ready” and packed. When the kiddos are together during mostly holidays now, the event is always opened with “no chokeholds allowed”. I’m not pointing fingers, but FOR THE MOST PART, the “kids” did good. We did end with a little Marine harassment at the Marine Museum in the “Boot Camp – What it takes to be a Marine” area. Yes – this would be Chase, coaching Grant through some “required pull ups”! I only caught the end of the pull up session, but IT’S DOCUMENTED!

I can’t wait for the next gathering of the family. Time is absolutely flying too fast. Hug your babies. Call your parents. Make the time to hang out…..make memories and hang on to them.

Til next time….Love these kiddos! 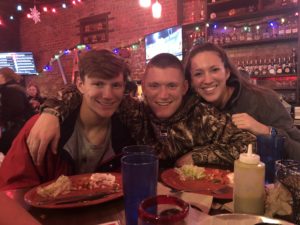